T20 World Cup Is Not Going To Be Easy For Team India, These Teams Could Cause Trouble For Indian, Click Here to Know More 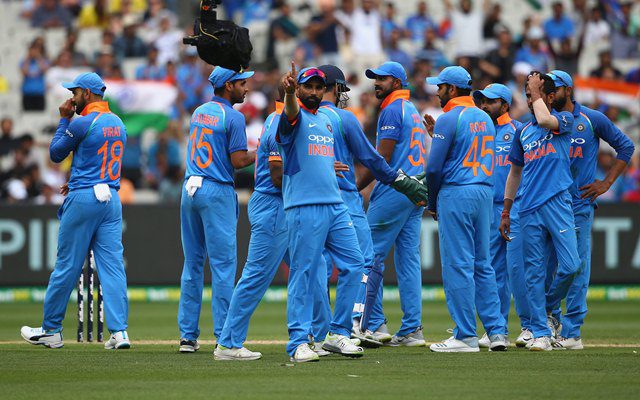 T20 World Cup Is Not Going To Be Easy For Team India, These Teams Could Cause Trouble For Indian

T20 World Cup is around the corner and all the teams are looking forward to winning the trophy for their nations. It has been scheduled from 17 October. Earlier, it was scheduled to be played in India but due to the Coronavirus, it has been shifted to Dubai. In this blog, we will see which three teams could spoil the curry in the path of victory for team India. However, in T 20 cricket no one can be taken for granted. Still, we will be looking at the top 3 competitors of team India.

So, the question comes what are those three teams and what kind of trouble they can cause for team Indian in the journey of T20 World Cup 2021. We will tell it further. As you must have seen in the Vivo IPL 2021 that the most of the Indian players are out of form and recently Rohit Sharma has made a statement on it. Rohit Sharma said that the IPL can not be compared with T20 World Cup. We can not judge a player by his performance in the IPL because International Cricket has a different atmosphere and situation than IPL. Rohit Said every player who has been selected for T20 World Cup 2021 will be looking forward to giving his best.

Here are the Top 3 Teams In the T20 World Cup 2021 that can become the biggest obstacles for Team India:  –

England: – England has always been India’s biggest opponent in cricketing history. In ICC T20 World Cup 2021, team India have to be careful from England. The English team is full of talented players from their top order to tailenders. Josh Buttler, Jason Roy and Eoin Morgan have the potential to accelerate the innings. England has one of the best batting lineups for T20 Cricket. While Jofra Archer’s name is enough to put any batsman in fear. Archer has terrorized the world of cricket with brilliant bowling spells in the past and in this World Cup team India needs to be prepared to tackle Archer’s deadly bowling.

Australia: – Australia is one of the best teams in the world it has destructive players who can hit the for a long way. Australia has won the most number of World Cups. Aron Finch Glenn Maxwell Steve Smith and David Warner make them a strong side. Indian bowlers have to be well prepared against these players. In the 2016 T20 world cup team India won the match against Australia by 6 wickets when Virat Kohli played a crucial innings for team India. This time Australia will try to take revenge which makes them more dangerous. If we talk about bowling then Australia contains some of the best bowlers of present times such as Mitchell Marsh,  Mitchell Starc, Josh Hazlewood and Adam Zampa. Kohli and the army have to face these bowlers in the T20 World Cup which is not going to be an easy task for them.

South Africa: – South Africa comes on number third in our list. South Africa could create trouble for team India. In absence of AB De Villiers South Africa will try to win the world cup this time. David Miller can hit the ball out of the park which makes him one of the big hitters. Moreover, Quinton De Cock is a sensible batsman who could give a good start for South Africa and he has the potential to accelerate the innings as well. Lungi Ngidi and Kagiso Rabada make the deadliest combo. These two bowlers have shown their ability to the world cricket in the past few years.  Team India will be looking forward to winning the match against South Africa.

Thanks for reading this blog. What do you think guys? Please let us know your favorite team for the T20 World Cup down in the comments.