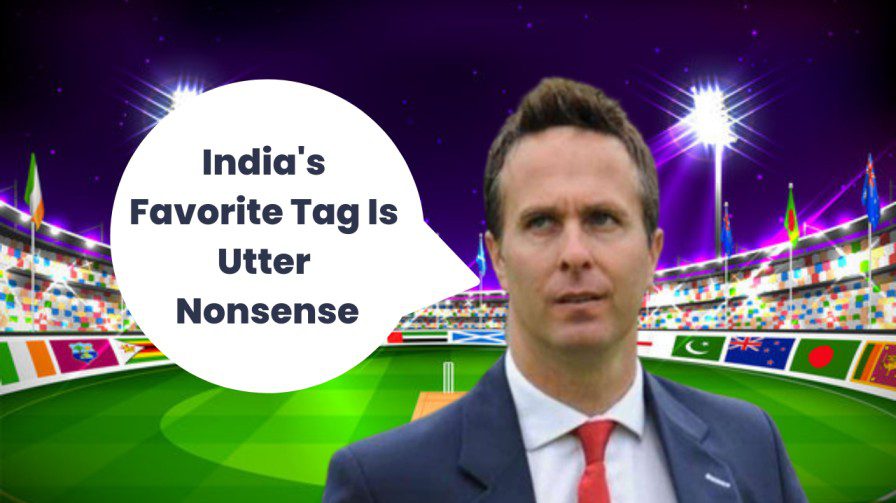 Michael Vaughan has always been pretty harsh towards the Indian cricket team, and now again he has made a controversial statement. What Vaughan actually said, we will look into that a little later on in this article. Before getting into that, we will look at the entire scenario.

As the 2022 cricket world cup ended in the last month, the focus of fans and cricket experts has shifted towards the upcoming cricket World cup that will be played in India in 2023. The men in blue also known as the Indian cricket team is one of the favorite contenders of the tournament.  Many cricket experts have predicted that the Indian team is most likely to win the 2023 cricket world cup. India will not only have its home advantage but the indispensable experience of Virat Kohli and Rohit Sharma.

Having said that, the former captain of the English team Michael Vaughan has condemned team India as he wrote an article in the English daily telegraph. The article was about his favorite team for the upcoming cricket world cup. Micheal hailed the English team as they won the last T 20 world cup and picked England as his favorite team. That is not only the case, later on, he also criticized team India for losing the match by 10 wickets in the semi-finals against England in the 2022 T20 World cup. He stated that India is not even close to winning the next cricket world cup.

After this statement, many Indian fans and cricket started criticizing Vaughan for his biased and one-sided prediction.

Hardik Pandya responded to this and said “Being at the international level, I don’t think we need to prove anything to anyone. It’s a sport, you keep trying to get better and eventually when the result is supposed to happen it will happen.”

What do you think, who’s is right here and wild is wrong.