RR vs MI Vivo IPL 2021 Match No. 51 highlights. How MI won the match against RR? A brief summary 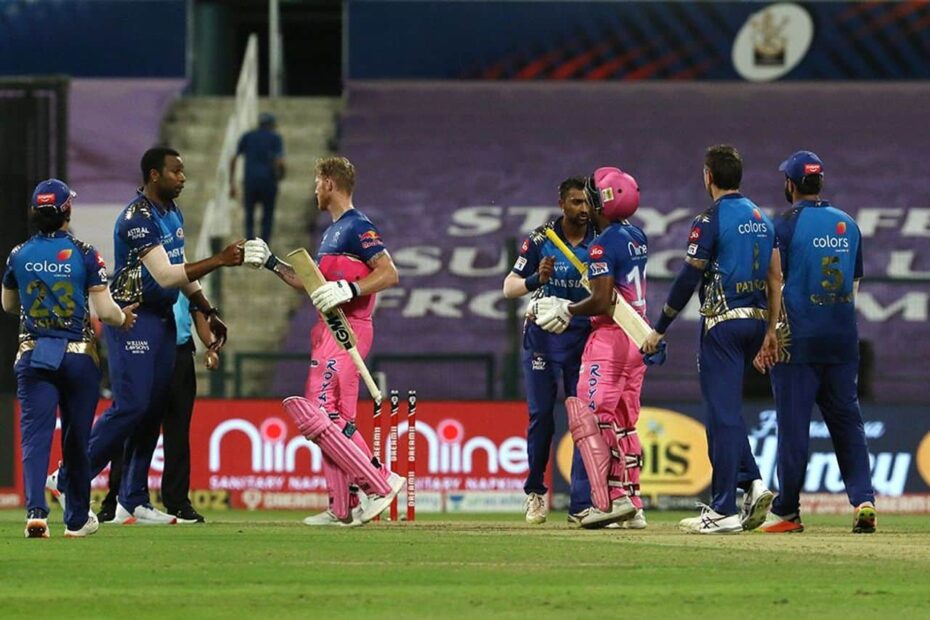 Every match has become crucial, as the VIVO IPL is heading towards its end. Every match is a decider, one single mistake could spoil the curry. The stakes are high and in this blog, you will find a summary of the match no. 51 of the VIVO IPL 2021 played between RR and MI on October 5, 2021.

Rohit Sharma won the toss for the Mumbai Indians and he decided to bowl first. In the beginning, Evin Lewis and Jaiswal were looking in good touch, they played some good shots however they were unable to score up to the mark and lost the first wicket at the score of just 27 runs. It was just the tip of the iceberg, the entire innings of Rajasthan Royal collapsed in front of Mumbai Indians, hence Rajasthan Royals set a target of 91 runs.

Mumbai Indians needed 91 runs in just 20 overs to win this game which was not that tough for them. Ishan Kishan completed his 1000 runs by getting off the mark and on the other side, Rohit Sharma played some big shots all over the ground. Rohit Sharma did not take his innings further and got caught by the fielder when he was batting at just 22 runs.

From now, the entire world of cricket was about to witness the Isharn Storm at Sharjah Cricket Stadium. Ishan Kishen destroyed the entire bowling lineup of Rajasthan Royals and finished the match by a six. He scored 50 runs in just 25 bolls. Mumbai Indians are now at number 5 in the point table. By winning this match Mumbai Indians and its fan still have a glimmer of hope, as there are chances that they can still qualify for the playoffs. The density of Mumbai Indians will also depend on other teams as well. If any of the top four teams make a mistake and lose the match then Mumbai Indian might become one of the top 4 teams.

This match has proved that Ishan Kishan is an asset for Mumbai Indians who can hit the ball out of the park. We have also seen some brilliant knocks of Inshan Kishan in the last seasons as well where he showed that he can dispatch the ball into the crowd. Before this innings, Ishan was out of form and had made just 24 runs in his last 3 innings of the Vivo IPL 2021. However, this match changed everything and proved that now he is in form and ready to continue this type of performance in playoffs as well.

What Ishan Kishan Said During The Post Match Presentation –

Ishan said that he was not in good form and other batters were also not performing well as compared to last season. He said that he had a chat with Virat Kohli, Hardik Pandya, and another staff member who supported Ishan Kishan during his tough phase. Later K Pollard also advised Ishan Kishan to be natural on the crease. And all the support and advice worked for him and that’s why he scored a fantastic fifty in just 25 balls.

Conclusion:- So in this blog, we have covered the victory of Mumbai Indians over Rajasthan Royals in match No. 51 of the Vivo IPL 2021. This is the beauty of the Vivo IPL that it makes the entire more interesting as it reaches its end. What do you think dear readers, who will win the trophy of Vivo IPL 2021? Is it going to be Mumbai Indians, CSK, or any of the other teams? Please let us know your thoughts in the comments.

previousIndia Vs Pakistan in T20 World Cup 2021, Ind vs Pak Cricket rivalry
nextWho’s Deepak Chahar’s Girlfriend? What happened when Deepak Chahar proposed to his girlfriend after the match
SUPPORT US