Good news for all the cricket fans who are waiting for an India vs Pakistan cricket match. “Ind vs Pak” cricket rivalry has always been there and will remain the same in the upcoming tournaments. The tense relationship between these two nations can be seen in an India vs Pakistan match. For cricket fans, it’s bigger than the final that’s why there is a huge popularity of Ind vs Pak matches amongst fans.

In this blog, we are talking about the upcoming T 20 world cup. All the tickets for the India vs Pakistan match have been sold out in no time. It shows how desperate people are waiting. it is the most awaited cricket match in 2022 that we can think of. The match is scheduled to be played on the 23rd of October 2022 at the Melbourne cricket ground.

India and Pakistan had some Intense encounters in the past. Ind vs Pak rivalry is not just a match but a battle. These two nations would do whatever it takes to win the game.

It was next to impossible for team India to Maintain its unbeaten record against Pakistan because cricket is a game full of Uncertainty. the one who wins the match is the one who Performs well. Pakistan well executed their strategies on the Field whereas Indian players were struggling. Hence, it ended up making India lose.

Ind vs Pak – Past encounters

In the past, we have seen some close encounters between India vs Pakistan. In the 2011 cricket world cup, India registered a remarkable victory over Pakistan. India won the match by a margin of 29 runs. Sachin Tendulkar was the higher run-scorer for India.

If we delve a bit deeper into the past then the 2007/8 t 20 world cup comes to our mind. Where India was able to register another victory in its record against Pakistan. In the intense final over match, when surprisingly MS Dhoni chose Joginder Sharma over other experienced bowlers. The stakes were as high as Mount Everest. Everyone was looking at Joginder Sharma. And Dhoni’s plan worked, India became the 1st t 20 world champion. 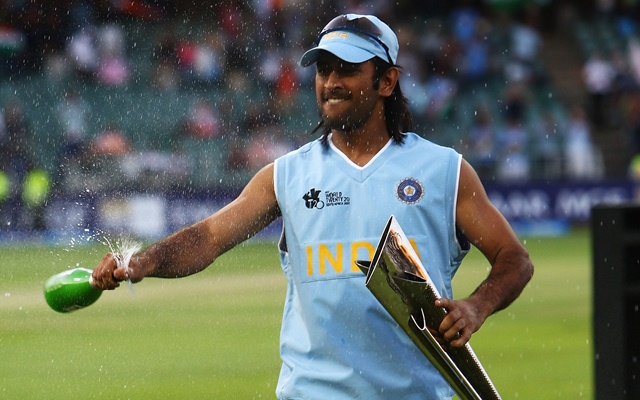 So we’ve talked about the past encounters that India and Pakistan had. Now, have a look at the below-attached table where you can see the overall records:-

Now, let’s talk about the winner. Who is more likely to win this match? (A) India or (b) Pakistan

Well, the answer/Prediction is not easy as it seems. If we talk about data then India is indeed a strong side. However, Pakistan cannot be underestimated. Recently, they make India lose in the T20 World Cup 2021. the Predictions are not that easy. Although India has won most of the matches, still one small mistake could ruin its game. on the other hand, Pakistan has the worst record against India in the cricket world. Now, both teams need their best playing 11 who can put pressure on the opponent. Once they create enough pressure, the opponent team would surely be in trouble.

so we are not going to Predict the winner, however, we have attached the following pie chart where you can see the winning percentage of both teams. This chart has been created on the basis of past and recent performances.

In our Q&A section, we select some random questions from the internet and answer them. so let’s go through the questions.

Are India and Pakistan in the same group for the world t20 2022?

Yes, both teams are in the same group. India will take on Pakistan on the 23rd of October 2022 at the Melbourne cricket ground. Rohit Sharma would lead the Indian team as Virat Kohli has already stepped down from the Captaincy from all the formats. Both teams must be waiting for this match as it is the most awaited and anticipated match of the year.

What went wrong in the India vs Pakistan match in the T20 World Cup 2021?

Indian batting order collapsed in front of Pakistani bowlers. Shaheen Afridi and Hasan Ali’s accurate bowling put Indian batsmen in trouble. Virat Kohli and Rishabh pant managed it somehow, still, they were unable to put on a challenging total against Pakistan. apart from the batting, Indian blowers were also not able to break the partnership of the Pakistani batting lineup resulting in a defeat by 10 wickets.

Who is more likely to win in the world cup 2022, India vs Pakistan?

If we look at the records then India has a better record against Pakistan in the History of the cricket world cup. in the last 2022 t20 world cup Pakistan played exceptionally well and proved that they are not an underdog and they also have the potential to win. However, If I talk about my personal Opinion then India has a better chance of winning the match than Pakistan. but Pakistan cannot be underestimated based on its records.

Now, let’s wrap up this blog. India vs Pakistan has a different level of popularity amongst cricket fans. this is the reason why it has the highest number of viewers than any other game, not even the world cup final. the geopolitical dispute and tense relationship between these two nations can be easily seen in an India vs Pakistan Cricket match. Players from both sides go through intense pressure Throughout the match. The winning team always gets praised by its supporters Whereas the Losing team gets Criticized. For some, it’s bigger than the world cup final. But we must understand that after all, it is just a game and we should respect every country and player.

Thanks for reading this blog, share it with your cricket buddies and let us know what you think down in the comments.