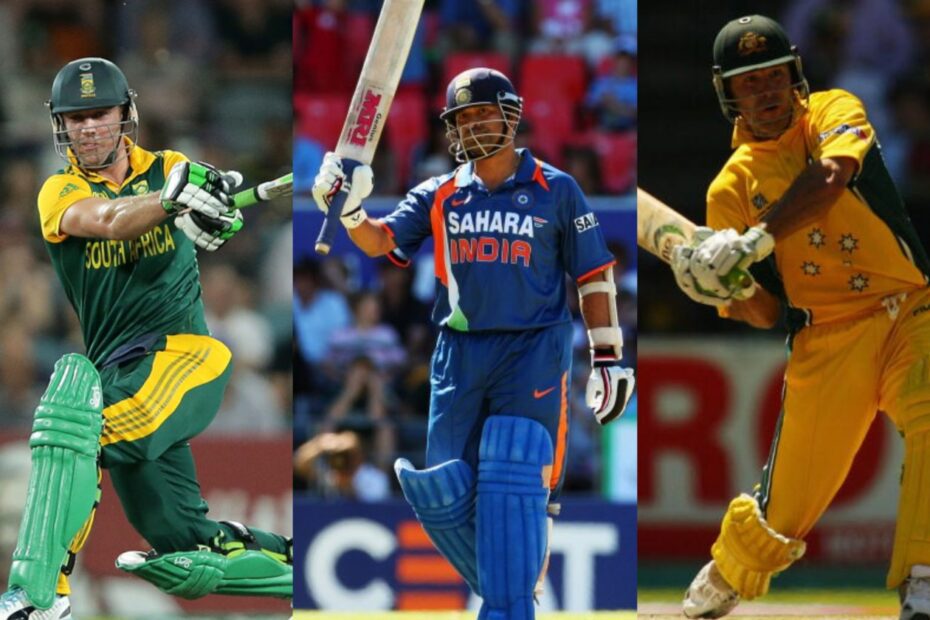 History has given us many legendary cricketers and this blog will take you through the journey and achievements of their cricketing careers. The blog contains some of the best batsmen of all time and what makes them the best of the best.

“Sachin Tendulkar” name is enough to put any bowler off. Who would have thought that a 16-year-old boy from a Marathi middle-class family would be known as the god of world cricket? It’s been said that the greatest minds have humble beginnings. The same thing happened to Tendulkar, a teen boy from Mumbai who wanted to become a fast bowler but he did not know that one day his talent and pure cricketing class would make him the god of cricket. So what makes Sachin the best of the best? Well, there are plenty of things but in this blog, we will talk about some of his unconventional abilities that we rarely find in modern-day cricketers.

If you are a huge fan of Sachin Tendulkar, then you might have seen the batting style and the shots that Tendulkar used to play against the spin. Also, Tendulkar would show a solid defense and respect for the lethal deliveries.

Tendulkar would rarely play unorthodox shorts instead he would prefer to play some serious classy shorts across the ground. By doing that, he could easily score the 50s and 100s. This is the reason why he was able to score 51 test centuries in 200 test matches with an average of.

Down to earth – despite being the god of cricket Tendulkar has always been down to earth. After getting retired from cricket, he often uploads videos on the internet where people admire him a lot for his simplicity.

M. S. Dhoni is a former Indian captain and one of the finest cricketers of all time. Dhoni was known for his cool temperament. A railway ticket collector to Indian cricket capture Dhoni came a very long way. Dhoni wouldn’t have thought that his fate would eventually make him the most lovable cricketer in India. People have an immense amount of craze for him not because of his cool temperament and captaincy but the legacy Dhoni has.

Virat Kohli is an Indian cricketer who is known for his spectacular batting and aggressive nature. Virat Kohli is born to break records. He has broken hundreds of records and he will break more records until he announces his retirement.

How did Kohli become one of the best batsmen of all time?

Kohli was the captain of the 2008 under-19 cricket team for team India and under his captaincy, India won the world cup. After that, Kohli was selected for India vs Sri Lanka series, inwhich Kohli could not make it. A little later on, Kohli was for the cricket world cup 2011 and scored a century in the 1st match against Bangladesh. After this match, the world cup did not go well for Virat Kohli.

The major turning point and transformation of Virat Kohli began in the 2011-12 CB series. This was the time when Virat Kohli started emerging as a young tenanted player. The 133 innings against Sri Lanka in February 2012 still comes to our minds whenever we think of Virat Kohli.

It was the dawn of Virat’s career and was the tip of the iceberg as more great and phenomenal innings were about to be played. The same year, Virat scored 183 against Pakistan in the Asia Cup while chasing down a mammoth target of 330.

Ever since this innings, Virat never looked back and made numerous records throughout his career. Although, there were times when Kohli went through some ups and downs still he was able to manage all of it. Hence, people started calling him “King Kohli“.

Ricky Ponting is a former Australian cricketer and captain. Ricky was known for his cunning captaincy and fearless batting style. This is the reason why Ricky was able to make Australia world champion in the 2003 and 2007 world cup. This is not only the case, Ricky was in a neck-and-neck competition with Sachin and Jacques Kallis. Ricky is the only Australian cricketer who scored 10,000 ODI runs and 12,000 test runs.

Ponting comes at number 3 when it comes to the highest centuries in ODIs and Test cricket. This is the reason why people would often compare him with Sachin and Don Bradman. Other than his spectacular batting, he was known for his cunning captaincy which is why he was the most successful captain in the history of Australian cricket. Under Ricky’s captaincy, Australia became 2 times 50 over the world champion.

At the end of this blog, we thank you for reading. Please share your thought down in the comments and share this post with your cricket buddies.