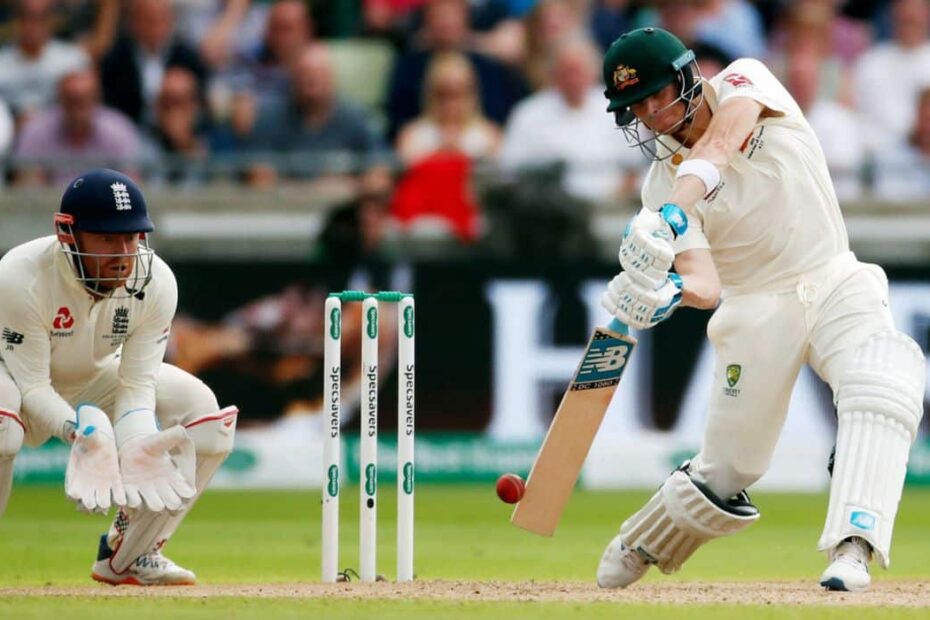 It was a good start for the Australian cricket team as they won the first match of the ashes 2021 played at the gabba. in this blog, we will cover what actually happened during the first test of the ashes 2021-22. we have also included stats and scorecards of the match. Australia has always been dominating world cricket in its home and this match has also confirmed it. so what actually happened in this match? without any further delay let’s get started: –

Joe Root won the toss for England and decided to bat first. They had to put up a good target against Australia to create pressure. However, the decision did not go well as Mitchell Starc took the wicket of joseph burns at the very first ball.

in this image, you can how surprised Burn is, after getting out in the first ball. it smashed the leg stump and sent him to the Pavilion. Australia got the start for what they were looking for. things are getting challenging for the English team as Dawid Malan was caught by Alex Carey. After losing the initial wickets, the English team began to collapse, Root was not even able to get off the mark. ben stokes did not last either, the English team lost their four-wicket at 29 runs.

English batting order was not able to come back in front of the sharp bowling line-up of Australia and set a target of 148 runs in the first innings of the match. Now, Australia had to set a lead in front of England which was not that hard for them. Here is the English batting scorecard, 1st innings, day 1, ashes 2021: –

Warner and Harris came into the middle to open to Australia. they were unable to give a good start to Australia as Robinson took the wicket of harris when he was batting at 3(16). Labuschagne played some beautiful shots and started accelerating Australia’s score. meanwhile, warner was clean and bold by stokes. however, later it was declared a no-ball. warner took it as an opportunity and converted it into fifty. on the other hand, Labuschagne also completed his fifty.

Australia lost its 3 wickets till tea, warner was still batting at a score of 94 runs. However, post-lunch he was unable to time the ball and lost his wicket without adding extra runs to his score. after losing Warner’s wicket, the Australian innings began to crumble. even though the Australian middle order failed to score, Travis’s head completed his century and made fought for Australia.

On day 3rd, Travis head completed 150 and set a lead of 278 runs against England. England needed a good start so that can clear the lead and set a good total for Australia.

again! England lost two initial wickets. However, after losing the wickets, joe root and Malan started playing sensibly. both of them completed their fifties.

on the fourth day, Australia finally got the major breakthrough as they got the important wicket of joe root and Malan.

by losing two important wickets, the English team was on the back foot. it causes pressure on the middle order causing trouble for England. The English team put a target of 20 in front of Australia. Australia won this match easily by 9 wickets and proved why they are unbeatable at their home.