Where can you watch the cricket world cup 2023? TV broadcasters and online streaming applications 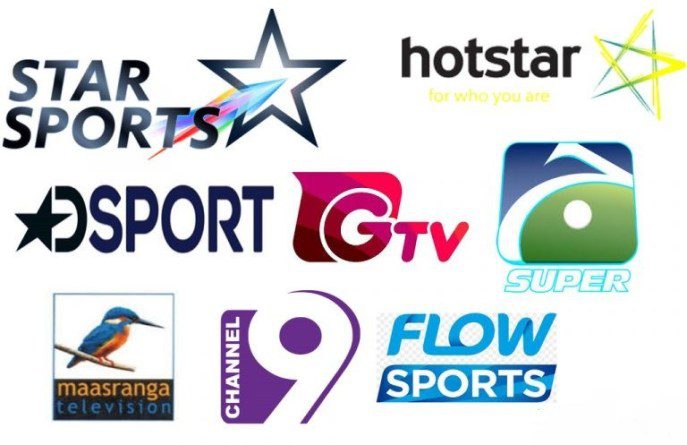 Millions or even billions of cricket fans will be watching the ICC cricket world cup 2023 from their homes. TV broadcasters and OTT applications have invested millions of dollars to buy the rights for the upcoming world cup.

Cricket broadcasting plays a major role and thus it becomes important whether your favorite channel will telecast the world cup or not. This is why, in this blog, we have made a list where you will get all the details of the tv channels and OTT apps on which the world cup 2023 will be telecasted.

Star sports is the official global broadcasting partner for all the ICC events from 2015-2023. Hence, the Star Sports network will broadcast the cricket world cup 2023 in the Indian subcontinent. Star India has its major channels ( Star Sports 1, Star Sports Hindi, Star Sports Select, and another regional channel) that will cover the entire world cup. These channels telecast the matches in English, Hindi, and regional languages.

Since Star has got the rights to the world cup 2023, Disney + Hotstar will cover the same. Hotstar and Star always cover cricket through their joint venture. To watch the world cup on the Disney Plus Hostar, the users need to purchase their premium subscription.

Fox Sports will be covering the entire tournament in Australia. After Channel 9, Fox Sports has got the broadcasting rights to telecast cricket matches in Australia. The last world cup was also covered by the Fox Sports Network.

Sky Sports has got the right to telecast the world cup 2023 in the united kingdom. Sky Sports has signed a contract with ICC for all the major ICC broadcasting rights in the UK.

Willow TV is one of the most prominent sports TV channels in the USA and Canada, especially for cricket broadcasting. Willow has been broadcasting cricket in the united states for years. Furthermore, the 2023 ICC cricket world cup will be broadcasted in Canada and the US by Willow TV.